A working holiday visa is a residence permit which allows travelers to undertake employment (and sometimes study) in the country issuing the visa for the purpose of supplementing their travel funds. For many young people, holding a working holiday visa enables them to experience living in a foreign country, without undergoing the usual costly expenses of finding work sponsorship in advance or going on expensive university exchange programs.

Most working holiday visa are offered under reciprocal agreements between certain countries, to encourage travel and cultural exchange between their citizens.

There are often several restrictions on this type of visa:

The working holiday visa allows a stay of up to 12 months and is available to citizens of Australia, Denmark, France, Ireland, New Zealand in the Argentine Republic. Argentina‘s Working Holiday Program provides opportunities for people aged between 18 and 30 years (inclusive) to holiday in Argentina and to supplement their travel funds through incidental employment.

The Working Holiday Visa requires holders to abide by two conditions: First, they cannot work for the same employer for more than 6 months. Second, they cannot engage in any study or training for more than 4 months. Australia‘s Working Holiday program provides opportunities for people aged between 18 and 30 years to holiday in Australia and to supplement their travel funds through short-term employment.

The visa allows a stay of up to 12 months from the date of first entry to Australia, regardless of whether the holder spends the whole time in Australia. There is an optional 12 month extension available for individuals that have completed three months specified work in designated rural areas of Australia.

Any kind of work of a temporary or casual nature is allowed, but work for more than six months with any one employer is not permitted.

Working holiday visa holders are entitled to study or embark on a training course for a maximum of four months.

Individuals may be subject to medical checks prior to coming to Australia particularly if seeking employment in healthcare or teaching. Applicants will be informed by the online application system if they require medical checks.

Passport holders from Argentina, Bangladesh, Chile, Indonesia, Iran, Malaysia, Spain, Thailand, Turkey and the United States of America can apply for a work and holiday visa subclass 462, provided they have a tertiary education (except for individuals from the United States). Bangladesh has signed a work holiday visa agreement with Australia, which is included with subclass 462, this program was signed in October 2007 and was implemented in 2011. Argentina also signed a work holiday visa agreement included with the subclass 462, this program is going to be implemented during the 1st semester of 2012.Foreign Minister of Vietnam proposed an early signing of an agreement on the working holiday programme.

New Zealand passport holders can work in Australia with few restrictions under the Trans-Tasman travel arrangement.

Citizens of Australia, Canada, South Korea, New Zealand and Taiwan aged 18–30 may be eligible for a 2 year Belgian working holiday visa in the Belgium Federal Public.

As Belgium is a Schengen Agreement signatory the 2 year Belgian working holiday visa serves as a Type D national visa which permits the holder to stay and work in the Kingdom of Belgium during the visa’s period of validity, as well as travelling in the rest of the Schengen Area for up to 90 days in a 180 day period (i.e. a maximum of 180 days in the 25 other Schengen countries during the visa’s 1 year validity).

Citizens of France, Germany, New-Zealand aged 18–30 can apply for a 1 year Brazilian working holiday visa in the Federative Republic of Brazil.

⇒ Embassy of Brazil in France

Also citizens of the US who are full-time students (or have been within the past 9 months) are eligible for 12-month working holiday permits if obtained through the intermediary organization SWAP.

Citizens of Poland between the ages of 18 and 35 are eligible from 2009. Canada has also signed an agreement with Spain.

Citizens of Ukraine between the ages of 18 and 25 are eligible from 2010. There are no restriction for applicants status (non-students).

Age limits are from 18-30 for most countries; 18-35 for citizens of Chile, Czech Republic, Denmark, France, Germany, Italy, Ireland, Norway and Switzerland. Some countries’ programs specify that the applicant must be a full-time student; others do not, and some have separate programs for students and non-students.

The type of work allowed and the maximum duration of stay depends on the applicant’s country of residence.

As the IEC program works on a “first come first serve” basis. This is due to the fact that in many countries there are a high number of applicants competing for a spot in a very limited time period even though many have argued that a lottery type program would be fairer.

⇒ Embassy of Canada in France

The French Republic was with Argentina, Brazil, Russia (4-months) have recently signed a youth exchange agreement.

As France is a Schengen Agreement signatory, the 1 year French working holiday residence permit allows the holder to stay and work in République Française during the visa’s period of validity, as well as travelling in the rest of the Schengen Area for up to 90 days in a 180 day period (i.e. a maximum of 180 days in the 25 other Schengen countries during the visa’s 1 year validity).

Note that citizens of Albania, Andorra, Antigua and Barbuda, Argentina, Bahamas, Barbados, Bosnia and Herzegovina, Brunei, Canada, Chile, Costa Rica, Croatia, El Salvador, Guatemala, Honduras, Israel, Macedonia, Malaysia, Mauritius, Monaco, Montenegro, New Zealand, Nicaragua, Panama, Paraguay, Saint Kitts and Nevis, Saint Vincent and the Grenadines, San Marino, Seychelles, Taiwan, Uruguay and the Vatican City, as well as British Nationals (Overseas), of any age who wish to work in France for up to 90 days can do so without a visa or work permit. Other foreign nationals who are ordinarily visa exempt may be able to work in France without a visa if a valid work permit is held prior to entry.

Japan initiated its working holiday programs, first with Australia in December 1980, then with New Zealand in July 1985, and with Canada in March 1986 respectively. In April 1999, the Republic of Korea joined the three preceding countries to start the Program with Japan followed by France in December that year. The program with Germany started in December 2000, then with the United Kingdom in April 2001, with Ireland in January 2007 with Denmark in October 2007, with Taiwan in June 2009, with Hong Kong in January 2010, with Norway in February 2013, with Poland in February 2015, with Portugal in March 2015.

Japan`s the Working Holiday participants are allowed to work for a certain period of their stay in order to cover the cost of travel funds to travel and stay in partner countries/regions.

The following 14 Countries are the detailed information on the Working Holiday Program in the State of Japan.

⇒ Embassy of Japan in France

British citizens aged 18 to 30 can apply for a two year Monacan working holiday visa in Principality of Monaco.

Residents of countries within the European Union can come to reside in the Netherlands without a residence permit Immigrants from some countries – such as Australia, Canada, South Korea, New Zealand, United States.

Citizens of Australia, Canada, South Korea, New Zealand between the ages of 18-31 are eligible for a 2 year Dutch working holiday visa in the Kingdom of the Netherlands

As the Nederland is a Schengen Agreement signatory, the 2 year Dutch working holiday visa serves as a Type D national visa, which permits the holder to stay and work in the Netherlands during the visa’s period of validity, as well as travelling in the rest of the Schengen Area for up to 90 days in a 180 day period (i.e. a maximum of 180 days in the 25 other Schengen countries during the visa’s 1 year validity).

No working holiday visa is required for Australia citizens. All Australian citizens, regardless of their age or education (but subject to being of good character), are granted a residence class visa at the border upon entering New Zealand by virtue of the Trans-Tasman Travel Arrangement.

Citizens of Canada, South Korea, United Kingdom, United States can work in New Zealand for 24 months on a working holiday visa; citizens of other countries can work up to 12 months.

Most travelers can enroll in one training or study course of up to three months duration during their visit. Australian citizens can study in New Zealand indefinitely.

⇒ Embassy of New-Zeland in France

Citizens of France between the aged 18 to 30 can apply for a four-month Russian working holiday visa in the Russian Federation.

⇒ Embassy of the Republic of Singapore – Paris 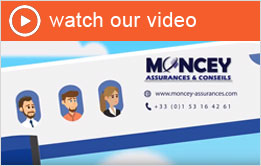 By continuing to browse our site, you agree to the installation and use of cookies on your computer.
Cookies are files used to personalize content and ads, provide social media functionality and analyze traffic.
They also allow us to improve the quality of our services.
Accept all Reject all Personalize Find out more
Managing cookies

This website uses cookies to improve your experience while you navigate through the website. Out of these, the cookies that are categorized as necessary are stored on your browser as they are essential for the working of basic functionalities of the website. We also use third-party cookies that help us analyze and understand how you use this website. These cookies will be stored in your browser only with your consent. You also have the option to opt-out of these cookies. But opting out of some of these cookies may affect your browsing experience.
Analytics
Analytical cookies are used to understand how visitors interact with the website. These cookies help provide information on metrics the number of visitors, bounce rate, traffic source, etc.
Functional
Functional cookies help to perform certain functionalities like sharing the content of the website on social media platforms, collect feedbacks, and other third-party features.
Necessary Toujours activé
Necessary cookies are absolutely essential for the website to function properly. This category only includes cookies that ensures basic functionalities and security features of the website. These cookies do not store any personal information.
Performance
Performance cookies are used to understand and analyze the key performance indexes of the website which helps in delivering a better user experience for the visitors.
Advertisement
Advertisement cookies are used to provide visitors with relevant ads and marketing campaigns. These cookies track visitors across websites and collect information to provide customized ads.
Enregistrer & appliquer
Go to Top